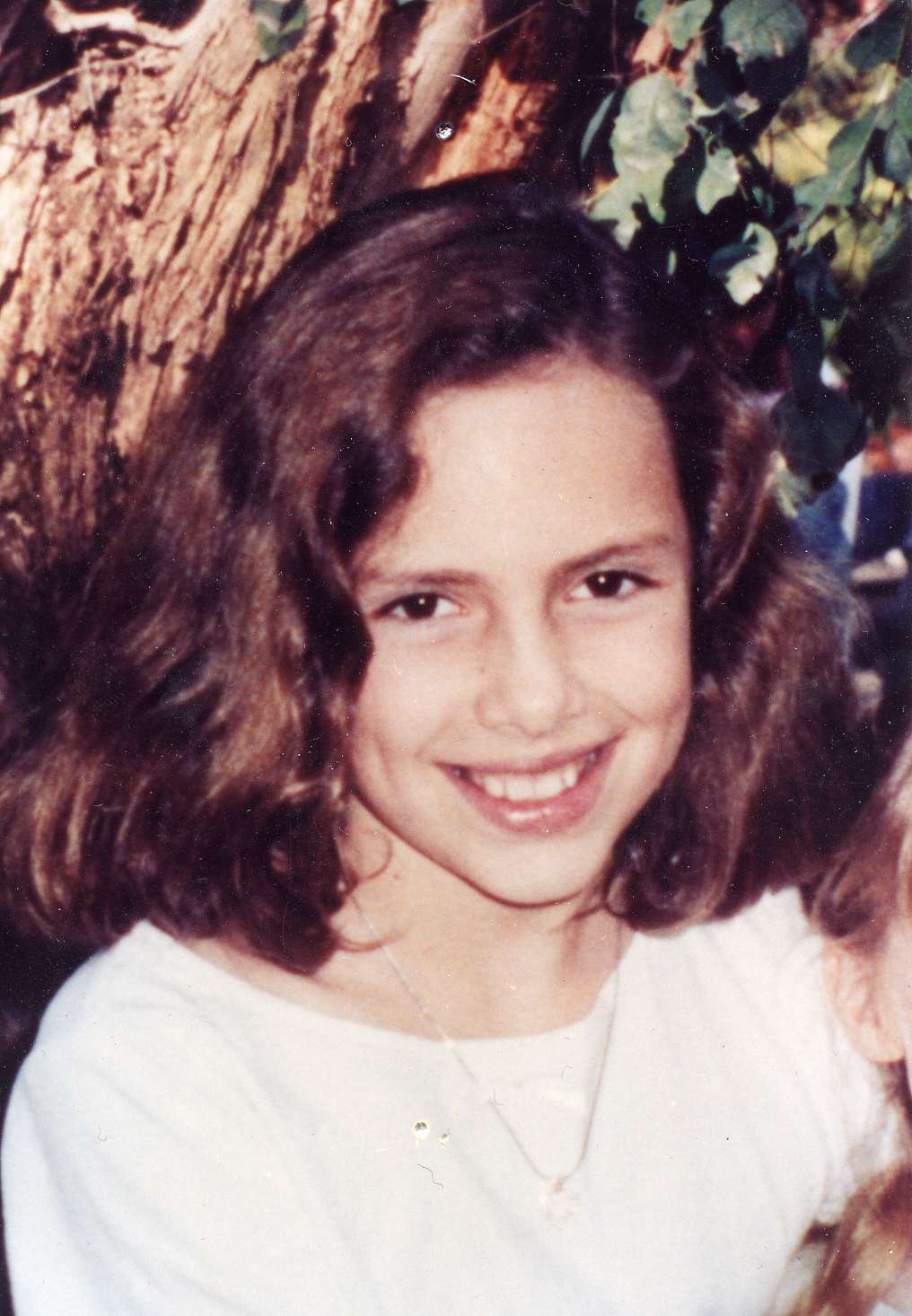 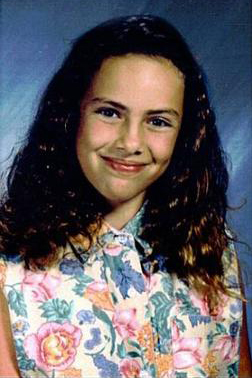 “I remember Polly playing Carmen Sandiego when we were in 6th grade. I also remember Polly taking on the “mean girls” with confidence! They were so obviously jealous of her unusual kindness and beauty, and understandably so. If someone else was being picked on, Polly would fiercely defend them. I think about her all the time. Polly, we love you. “

“I first met Polly in 1992, when she enrolled at Cherry Valley School. I was teaching a combination 5th-6th and she came in as a sixth grader.

Bright, pretty, and with a sassy style all her own, she excelled in her studies and made friends quickly. We all went to Mendocino for a rainy week at camp, and it was there, when I tripped and slid down the slope to the creek in the rainy mud, that our class really bonded. I was the joke, but Polly helped to pull me back up the slope.

In the Spring of 1993, I wrote a play based on the TV series “Where in the World is Carmen Sandiego”. Polly played “The Chief”, her two best friends played “Carmen”, and the “Director of Scotland Yard”. Polly’s “office” was set up down stage right. Downstage left stood a British phone booth where the Director of Scotland Yard would call Polly to coordinate their efforts in catching Carmen and her henchmen. Sometimes they had to stall and improvise to make time for the crew to change the scenes in center stage, and they got quite creative. We put on several shows, and I never knew what they were going to come up with. One time, they were worried that their conversations were “being bugged” so The Director of Scotland Yard told Polly to check her office for bugs. Wherever Polly looked, lifting the telephone, pulling out books, rubber bugs and spiders popped out. It was a total surprise for me and the audience loved it.

That August, Polly and her friends would occasionally drop by to say hello. Their junior high didn’t start until September and we were already in session. Once their school started I saw them less, but late in September they came by after school. Polly saw her old “office” set off in the corner. “What are you going to do with that?” she asked. I answered that I didn’t know and said, “Why? Do you want it?” She said that she definitely did, and wanted to put it in her bedroom. She called her mother to see if she’d come and pick it up, and Eve did. Polly was going to have a few friends stay the night and thought it would be fun to have the little set there.”

That was the last time Jeanne saw Polly. Today, we celebrate Polly’s life by remembering how she lived, instead of for how she was taken from us. In 2021 The Foundation, along with an outpouring of community support, began renovating the Polly Klaas Community Theater, which was named for her in 1994, as a tribute to her life. Not only will the theater stand as a symbol of Polly’s love for performing arts, it will also be a resource for local children and families for generations to com.
Polly Klaas Community Theater